Yeast fermentation is a vital process in the production of many food and beverage products. It is a common application within breweries, bakeries, and wineries, along with other facilities where biogas and ethanol are produced. In these facilities, fermentation tanks filled with a reaction liquid are often supplied with air from blowers. Recently, there has been a trend in the adoption of high-speed turbo blowers for yeast fermentation applications, as the blower technology can yield large energy savings if properly installed and controlled. 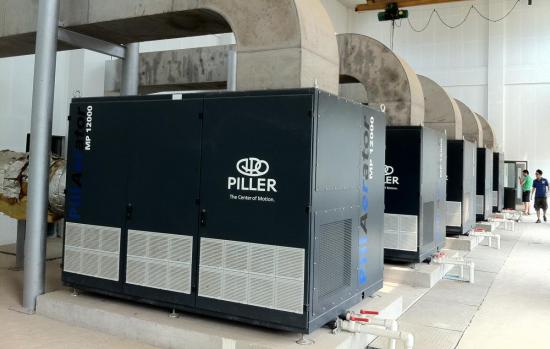 Figure 1: High-speed turbo blowers are beginning to be adopted for yeast fermentation applications, largely due to the technology’s energy-saving potential.

PillAerator, a division of Piller Blowers & Compressors GmbH, has been producing industrial fans and blowers since 1909. Designed for multiple markets, such as mechanical vapor recompression (MVR) and carbon capture readiness (CCR), PillAerator fans and blowers are versatile machines capable of addressing a wide range of applications. When developing the PillAerator high-speed turbo blower in 2008, Piller’s engineering and design teams concentrated on producing a high-speed turbo blower that eliminated many of the shortcomings experienced by high-speed blowers currently on the market. This was done by concentrating on the following three basic areas:

1) Aerodynamics: It was the company’s goal to provide a blower with a combination of high efficiency, wide operating range and high rise-to-surge, or the time it takes for a blower to reach a surge condition. The high rise-to-surge was very important to Piller, as we always intended to meet multiple market demands.

2) Mechanical Features: It has always been clear to Piller that to relying on ambient air to cool the blower, which should include the motor, variable frequency drive (VFD) and complete control system, is inadequate. From a long-term operational perspective, cooling the VFD and motor with only ambient air is not a proper solution. In many locations, the temperature is too high to properly cool the components. This, along with dust and possible chemicals in the air—such as light amounts of sulfur dioxide—would reduce the life and efficiency of the components being cooled. With that in mind, Piller developed an internal glycol/water cooling system to cool the motor and VFD.

3) Control Features: PillAerator engineers recognized the need for control flexibility, both with the base unit and sequence system.

The PillAerator high-speed turbo blower was originally adopted for meeting the aeration requirements of the wastewater treatment market, both for municipal and industrial plants. PillAerator was quickly received in many applications due to its high efficiency, wide range, and ability to allow unlimited starts and stops without damaging the blower’s magnetic bearings.

One great example of how PillAerator blowers help address the needs of the wastewater treatment market is evident at the Victor Valley Wastewater Reclamation Authority, whose two newly installed 400-hp PillAerator high-speed turbo blowers have helped yield annual energy savings of more than $98,000. To replace its existing two 500-hp centrifugal blowers, the engineering staff at the facility evaluated several types of high-speed turbo blowers, taking into consideration the capital cost, ease of installation, turn-down capacity, and wire-to-air efficiency. Installed between 2011 and 2013, the PillAerator blowers also feature sophisticated controls to maintain optimal operating conditions based on the plant’s nutrient load and dissolved oxygen requirements.

Other process applications—such as those found in textile plants, printing operations, steel mills, flue gas desulfurization, and conveying—also require wide pressure ranges, which is why the PillAerator turbo blower, with its high rise-to-surge, meets so many process applications. After the initial success in wastewater treatment applications, other markets began to take notice of the many features and benefits of the PillAerator blower. One such market was the yeast production market. In this market, high volumes of air are required to satisfy the process. Not only is a great deal of air required, but the blowers need to deliver a wide pressure range to overcome the depth of the fermentation tank. For one installation, the airflow requirement at the beginning of the process is 4000 cfm, and it rises to 8000 cfm at a higher pressure by the end of its 16-hour duration. Due to PillAerator’s aerodynamic design and proven operational reliability, producers of yeast and PillAerator engineers realized they had a good match.

Yeast production facilities serve as an example of how high-efficiency blowers can optimize the energy efficiency of a food processing plant. The fermentation process is not fixed, and it could consist of a single tank or multiple fermentation tanks. The fermenter tank may be either open or closed, depending upon the yeast process. The height of each fermenter tank is typically about 15 meters. Fermenter tanks experience highly varying levels of liquid, which significantly impacts blower performance. As the level of liquid increases, the blower must operate at a higher pressure level to overcome this liquid height. The smaller the tank and the lower the liquid level, the lower the pressure requirement for the blower. The varying liquid levels create pressure swings of nearly 40 percent. While the pressure swing will vary depending on the type and size of the tank, an example oscillation from 9 psig to 15 psig is not uncommon.

At the beginning of the fermentation cycle, the level of the reaction liquid, which comprises the mixture of components required for the fermentation process, is at its lowest level. In order to overcome the low level of liquid, the blower must run at a low pressure. Pressures vary depending upon the process and size of the fermenter. As the liquid level increases, the blower pressure must then increase to overcome the additional liquid level. This yeast process increases step by step in a cycle lasting up to 16 hours. Once the fermentation cycle is complete, the entire process begins again. Typically tied in with the plant’s supervisory control system, the blower sequencer dictates its operation based on the level of liquid within the yeast fermenter tank.

As each tank requires both large flow rates of air and variable pressures, multiple blowers may be needed to both supply the air required and provide the air at the highest efficiency point. In some cases, however, single blowers may satisfy one fermentation tank. Airflow varies from plant to plant, depending on facility size, but PillAerator frequently installs multiple blowers (as shown in Figure 2) to meet both the minimum and maximum flow rates. The aerodynamic design of the PillAerator high-speed turbo blower allows the blower to operate at a wide pressure and flow variation to satisfy the yeast fermentation process without causing surge—an unstable or pulsating airflow condition where a machine can no longer overcome the pressure it is developing internally. 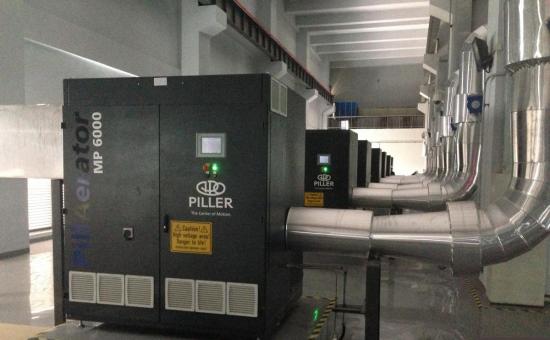 The surge limit defines the flow at which, for a given speed, the operation of a compressor becomes unstable. When the flow is reduced below the surge limit, the pressure at the discharge of the compressor exceeds the pressure-making capability of the compressor, causing a momentary reversal of flow. For the PillAerator, surge simply causes the blower to shut down until the reason for surge is corrected. For the high-speed blower with air-foil bearings, which rely on inlet air to lift the bearings, such a reversal of airflow will cause catastrophic damage to the bearings.

Preventing surge is very important, and is a major reason why the magnetic bearing has been very successful in the yeast fermentation market, along with many others. Limiting the stall conditions that occur with surge makes high-speed turbo blowers with magnetic bearings more reliable than a high-speed turbo blower that utilizes air-foil bearings.

With their high rise-to-surge, PillAerator high-speed turbo blowers have been recognized as an ideal solution for yeast fermentation applications—with over 50 blowers installed in China alone. These installations have allowed PillAerator to develop the necessary controls to meet the unique demands of the yeast market.  Each blower is equipped with a programmable logic controller (PLC) and human machine interface (HMI) that can talk directly to the plant control system. The blower is able to operate at a variety of methods, speed control, DCS or SCADA direct control, pressure control or mass flow control, depending on the particular plant’s requirement. In addition, when multiple blowers are required to meet the fermentation process, PillAerator is able to provide a sequence system to ensure that the blowers are operating at peak efficiency—all while meeting the demands to the plant.