Wintek Corporation was contacted by a plastics manufacturing company in the summer of 2015 to evaluate their process vacuum capabilities. The customer was looking to replace a recently purchased used vacuum system to be used in a PET solid state polymerization/drying application. The process required high heat and vacuum and needed to run at 1 mBarA (0.75 Torr). The customer had purchased the dryer and accompanying vacuum system from an overseas supplier. While they were happy with the dryer, the vacuum system was not delivering the desired performance. The customer asked Wintek to come on site to review the system, target improvements, and quote a replacement system.

The used vacuum system consisted of an inlet knockout pot and three vacuum boosters in series backed by a liquid ring vacuum system. None of the components had a nameplate nor make and model info on them. The customer had no information on the unit’s reported capacity nor any performance operating curve detail. This obviously would have made getting replacement parts or technical support extremely difficult. In addition to the lack of information, the customer was noticing the following operational issues:

1) The inlet knockout pot was improperly designed causing excess product carryover into the liquid ring pump. This meant that the customer had to dump their contaminated sealant almost once per day. This increased water usage and created a significant volume of contaminated water that needed to be treated.

2) Additionally, the issues with the knockout pot were exacerbating design flaws with the liquid ring vacuum system. The vacuum system was not designed to promote robust, reliable, and safe operation which are normally selling points of a liquid ring-based system. A typical full recovery liquid ring package would contain a discharge vapor-liquid separator, as well as a sealant heat exchanger.

The customer’s vacuum system had an open reservoir with a cooling coil submerged inside of it (Figure 1). This presented a few issues. For one, this container was not air-tight which meant the area was exposed to process vapors which is an obvious safety issue. Second, this was a very inefficient method of cooling the sealant leading to warmer than desirable sealant temperatures. The customer had 57°F(14°C) chilled water but was only seeing a sealant temperature of 85°F(29°C).  High sealant temperature not only leads to decreased performance, but the customer was reporting that the pump always ran in cavitation. Over the long term this would cause serious damage to the vacuum pump. Summarizing, the used liquid ring vacuum system was incredibly inefficient, prone to damage, inherently unsafe and hurting production. 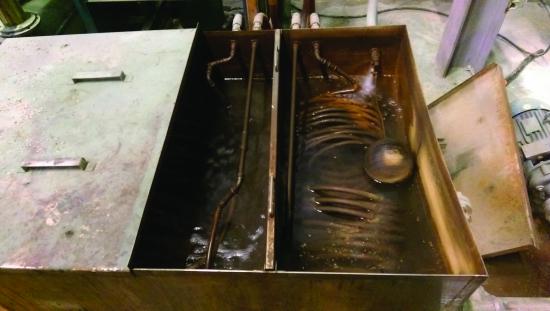 3) The third issue with this setup was that it was difficult to thoroughly clean the system as carryover accumulated leading to maintenance issues and decreased heat transfer. Additionally, the system had no flow sensing instrumentation to know when a significant clog could be present. This was another potential cause of high sealant temperature and reduced reliability and capacity.

4) As a result of the poor liquid ring vacuum system design and the resulting capacity deficiency, the overall system was experiencing high temperatures in the booster vacuum pumps. The temperatures were so high that the paint on the booster vacuum pumps was starting to discolor. In general, high temperatures in vacuum booster pumps is a result of a booster forced to do more compression work than is appropriate. This was caused by improper staging ratios, meaning the backing pumps capacity was insufficient for the desired overall system performance. The customer was particularly concerned with the system shutting down mid-batch due to high booster temperatures, resulting in the loss of an entire batch at a high financial loss.
5) Lastly, poor liquid ring pump design led to shaft vibration and bearing issues, creating much more maintenance than Wintek would typically expect to see for a liquid ring vacuum pump.

Summarizing, the existing vacuum equipment was incredibly inefficient, prone to damage, inherently unsafe and hurting production. The system was most likely designed to be as inexpensive as possible, as opposed to reliability delivering the performance the customer desired.

With the many issues identified, Wintek transitioned to determining the required capacity for the customer’s process. This was a two-step process. The first step was determining the capacity of the existing system and the second step was determining the actual process requirements. Wintek returned to the customer site to inspect the existing system to determine its capacity and performance. One method to estimate the capacity of the existing equipment would be to compare the horsepower of the existing boosters with known brands, however all three of the booster vacuum pumps had 10 horsepower motors even though they were physically different in size. The second method by which Wintek attempted to estimate the booster capacity was to measure the lobe and bearing sizes and to compare this to other known boosters. Wintek performed the measurements, consulted with a booster manufacturer, and determined the three booster vacuum pumps had estimated nominal capacities of 3000 ACFM, 1600-2500 ACFM, and 1200-1500 ACFM. For the liquid ring pump, we compared the existing 27kW (~36 horsepower) 2-stage pump to known models and estimated its capacity similar to a 40 horsepower 2-stage vacuum pump.

Wintek then installed an absolute digital pressure gauge specifically calibrated to measure deep vacuum and attached a piccolo to the system to get an overall system capacity curve. A piccolo is a device with several calibrated orifices which bleed in a precise amount of air into the system while it is running to see what pressure the system is able to achieve. One can then use the operating pressure and mass flow to calculate the ACFM capacity of the system at various pressures.

However, the curve generated in this manner is not entirely accurate as it does not incorporate the mass flow of the air that leaks into the system under vacuum. To account for this, the next thing we did was a leak-up test. This entailed pulling the system down to as deep a vacuum as it could achieve without the customers process running. The system was then isolated, and the pump turned off. We then recorded the pressure rise over time. Knowing that pressure rise along with the system volume facilitates the calculation of air leakage given the formula:

With the air leakage now known, we were now able to combine our measured mass flow using the piccolo and the air leakage rate. Figure 2 shows the calculated system performance before and after taking air leakage into account. 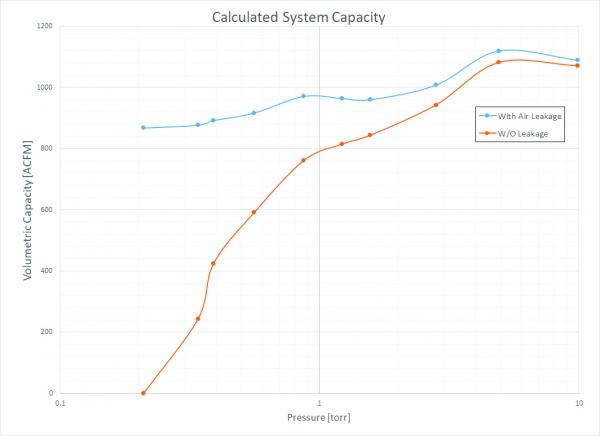 As can be seen, the incorporation of the air leakage flattened the capacity curve at the lower pressures. This matches more closely with Wintek’s expectations of a typical booster capacity curve and was the final assumed capacity of the customer’s existing system.

The results of the capacity testing was slightly surprising to Wintek. The customer had given us an estimated mass flow of 112 lbs of water over the course of a 22 hour batch. At 1 mBarA operating pressure, this flow rate would equate to ~2,400 ACFM of required capacity. So it would appear that the existing system was significantly undersized and would not be able to achieve 1 mbarA during operation.

While on site, Wintek had the customer run a batch and recorded the vacuum levels with our calibrated pressure gauge. The existing system operated between 0.54 and 0.72 Torr. As per the calculated capacity curve, this meant they only required ~900-950 ACFM of capacity. This meant that the customer did not have as much mass flow as expected. In speaking with the customer, we came to an agreement to add ~30% extra capacity to the exisiting system capacity to be safe. We set off to design a new system to deliver at least 1,200 ACFM of capacity at 1 mbarA.

The staging ratio is critcal to understand when designing boosted vacuum systems. It is defined as the ratio of the capacities of the booster itself and its backing pump. In general, the higher the staging ratio, the more compression work a booster has to do; thus, the higher the temperature rise will be. Several of the booster parameters required for sizing are all functions of operating pressure: the maximum staging ratio, volumetric efficiency and temperature rise coefficient. This makes sizing multi-booster systems quite tedious and time consuming by hand. Luckily, Wintek’s internally developed proprietary software can automate the process and deliver capacity and temperature profiles for boosters with a variety of backing pumps and solvents. This allows Wintek to iterate on different designs quickly to determine the most reliable and cost effective design. Figure 3 is an example of the booster curve that was generated for this project. 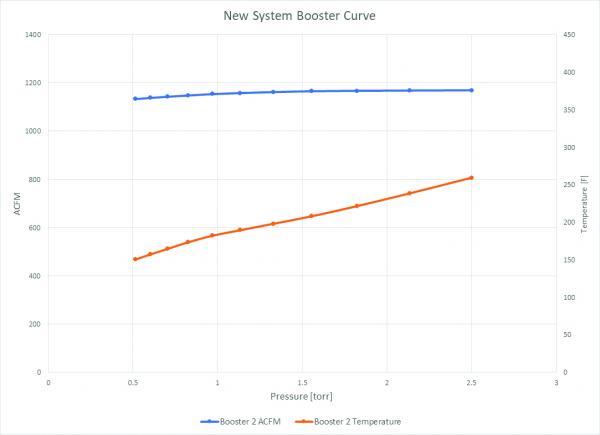 Wintek is able to plot the booster vacuum pump capacity as well as its operating temperature across the entire projected operating range. This ensures stable operation when not operating at the single design point. Additionally, with the ability to analyze multiple configurations fairly quickly, we were able to experiment with different designs. One change we made was to replace the third stage booster with an air ejector using pressurized air as a motive fluid. This had several benefits:

The reason Wintek decided to keep the liquid ring pump instead of transitioning to a dry vacuum pump was the presence of the process carryover. While Wintek was supplying a knockout pot in the new design, filtration is never 100% perfect and carryover had the potential to cause costly damage to a dry vacuum pump. The final system design Wintek decided on was a booster- booster–air jet-2-stage liquid ring package.

In designing the new system, we also identified several additions to a new system that we wanted to include to improve the reliability and safety of the system. They included: 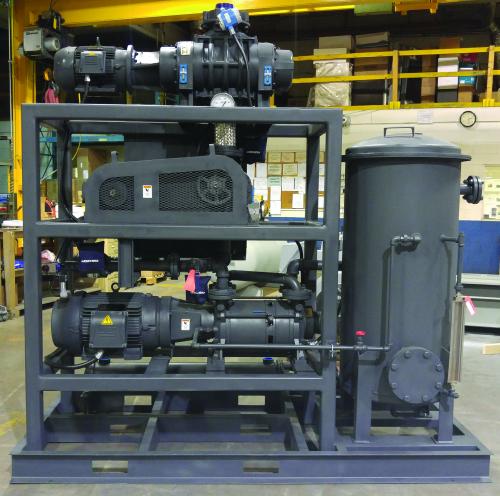 Figure 4: Picture of New System Prior to Installation

After submitting our proposal to the customer, they decided to move forward with the system we presented to them. It was delivered and installed in early 2016. Figure 4 is a photo of the completed system.

The system has been running reliably since installation with no major process upsets occuring. Not only was Wintek able to make a more sophisticated, reliable, and robust vacuum system that eliminated maintenance and down time, it lead to other opportunities within the plant for additional system sales and service work.

Michael Cicalese joined Wintek as President in 2017 after 12 years of management consulting with two Tier 1 consulting firms. Prior to this, Michael was an Aerothermal Engineer at Pratt & Whitney and a Project Engineer at an industrial refrigeration design/build contractor. Michael holds an MBA from Carnegie Mellon University, an MS in Mechanical Engineering from Drexel University, and a BS in Mechanical Engineering from Virginia Tech. Tel: 862-419-9993, Email: michael@wintek-corp.com

Chris Halbach, Senior Applications Engineer, started with Wintek in 2008. At Wintek, Chris is responsible for leading Vacuum and Separation System sales and engineering design as well as overseeing the build and startup of these systems. Chris holds a BS in Chemical Engineering from the University of Delaware. Tel: 862-419-9055, Email: chris@wintek-corp.com

For more articles about the Plastics Industry, visit https://www.blowervacuumbestpractices.com/industries/plastics