Great news! The American Society of Mechanical Engineers (ASME), which is a world renowned and recognized standards organization, has released ASME PTC 13, Blowers; a new power test code providing complete technology neutral performance test specifications for blowers. Here are some of the reasons behind the creation of PTC 13 and how it benefits all.

Having been in the blower industry for quite some time I was always a bit frustrated by the lack of ability to definitively prove blower package performance and energy efficiencies; or even disprove some outrageous claims made in the market. It seemed anyone with a glossy brochure could claim the best efficiency.

Additionally, plant owners and consultants have numerous blower technology options to evaluate, but uniform evaluations of efficiencies between blower technologies were neither readily available nor encompassed by any third-party specifications. Further, there was no consideration of the entire packaged system with regard to its overall energy use.

These issues led to misinformation and unrealistic representations of different blower technologies. It took an extended effort by any individual to obtain correct information to make an accurate and educated decision on which technology was the best fit for their application.  With PTC 13, however, the end user can now get an accurate estimate and proper verification of how much wire power is consumed for the delivered air to their process; plus, they now have the ability to compare all blower technologies on a level playing field.

In 2008, ASME was solicited as a venue to address these issues and develop a new code as it was important to have a third-party international standards organization sponsor. It was also important to have this code written by the users of these codes rather than a specification offered or directed by the manufacturers; thus, the PTC 13 Committee was largely driven by engineering consultants in the water and wastewater industry. These consultants represent the majority of members to keep the end user point of view as the focus of the test code.

The committee also wanted the test code to be easily verifiable through witness testing by personnel who may not be experts in rotating equipment or testing procedures. Doing so makes the code as transparent as possible to the end users.

When founding the committee, little did we know it would take 10 years and many, many hours of dedication from the committee to achieve this objective. I want to congratulate the founding members listed below and acknowledge all committee members, past and present. This process required hundreds of unpaid hours for committee members to invest in this cause and this code could not have happened without them.

ASME PTC 13 is the first power test code used in the measurement of electric power consumption of packaged air blowers that covers all blower technologies in a complete “wire to air” approach. 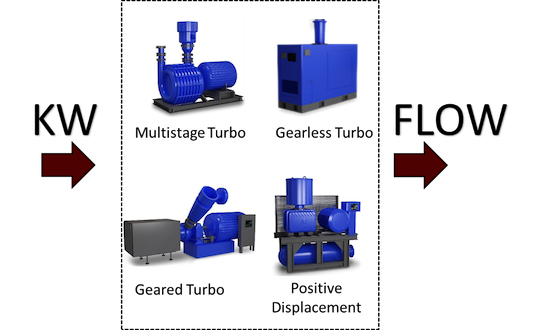 Subscribers are able to view the whole article. Please register/subscribe (it's free and easy) to read all articles.