The American Society of Mechanical Engineers (ASME) released their Wire-to-Air Performance Test Code for Blower Systems in 2018. Designated PTC 13-2018, it has rapidly become a standard for inclusion in blower specifications.

Several areas should receive special consideration when writing a specification that includes performance testing. These are areas where the code permits flexibility or where the performance parameters are open to interpretation. Unless they are specified clearly they can result in disagreements between the parties and failure of the test to provide the expected assurance that actual performance coincides with expected performance.

The intent of PTC 13 is identifying apparatus, procedures, data reporting requirements, and calculation methods needed to establish the total energy consumption of blower systems. The code addresses all configurations, types of blowers, and methods of capacity modulation. Bare blower and complete package systems are compatible with code tests. PTC 13 also provides the methodology to conduct a test and predict performance if inlet conditions at the test differ from specified conditions.

The code does not identify specification requirements. It does not restrict the system configuration to be tested. These items must be established by agreement between the parties to the test: the engineer, the owner, and the supplier. The surest path to success is to include the essential elements of the test in the documents used by the supplier for bidding.

The specification should identify the action to take if the test results are unsatisfactory. This can include financial penalties, rejection of the supplier’s equipment or allowing the supplier to modify equipment and retest at their own expense. 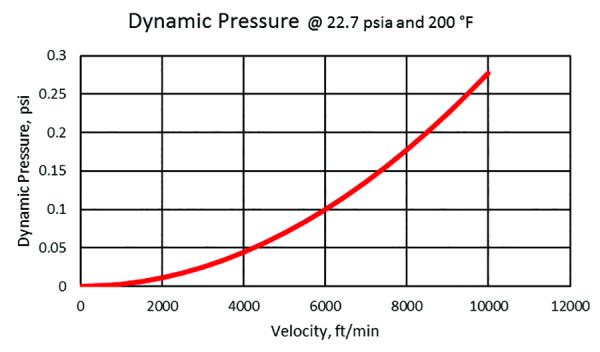 Number of Blowers to Test and Extent of Testing

Most new blower system purchases include more than one blower. The amount of testing is a question of economics and the engineer’s judgement. Ideally the full spectrum of performance testing would be conducted on all blowers in all systems. However, testing is expensive and time consuming, and therefore it influences the supplier’s pricing. It is hard to justify the same level of testing on a system with 20 hp blowers as one with 1,000 hp blowers.

Special consideration must be given to packaged systems with multiple motor/blower modules in a single enclosure – commonly referred to as “dual core” packages. The test arrangement is influenced by the site piping design and operating strategy. It is common practice to treat the package as a single blower. The discharge pipes of each module are connected upstream of the customer piping. In that case, the specification should require the test configuration to join the discharge of all modules prior to any measurement locations. Check valves and other items required for parallel operation of modules should also be included inside the test boundary.

Components to Include in Test Envelope

In the past blower systems were often assembled in the field from components and accessories that were shipped loose. Testing a bare blower was normal. The most common blower system today, however, is the factory package - either skid-mounted or installed in a sound reduction enclosure. Packages often incorporate instrumentation, controls, and accessories.

It may be inconvenient to have some components shipped to the testing facility. In these cases PTC 13 allows the inclusion of a calculated value in the test results. This modification can accommodate mechanical or electrical components. Either a specific value or the method of establishing the calculated value should be identified in the specification.

The code provides guidance on components to consider in defining the test boundary. In PTC 13 Table 3-5.2-1 covers mechanical components and Table 3-5.2-2 covers electrical components. The project specifications should provide a similar listing of components for inclusion in the test.

A broad statement that “all components necessary for operation are to be included in the test” is insufficient. It can lead to multiple interpretations and disagreement between the parties. It is best if the specification explicitly identifies each component.

It is not feasible to exactly match test stand piping to the site configuration. Differences in pipe diameters are accommodated in the code calculation procedures. Other piping differences should have minimal impact on power demand.

Making a distinction between static pressure and total pressure is less common.

Temperature is also affected by air velocity. The total, or stagnation temperature, reflects the increase in temperature that occurs if the air stream is brought to rest. The code includes velocity effects on temperature to maintain theoretical correctness, but the influence on test results is often minimal. Specified temperatures normally reflect anticipated ambient conditions. Because ambient velocity is zero, the static and total temperatures are the same and it is unnecessary to distinguish total temperature from static.

Energy optimization is a consideration in purchasing blower systems. It is common to identify a financial penalty if test results exceed specified or guaranteed power consumption. The penalty is usually calculated as dollars/kW and deducted from the contractor’s or supplier’s payment.

The specification should clearly identify how the penalty is to be assessed:

Nonmandatory Appendix F of the code offers suggestions for establishing test points.
If the specification includes power guarantees at one or more operating points, it is recommended that a financial power penalty be specified. Otherwise the owner derives little benefit from the guarantee. Without a penalty, if guaranteed performance is not verified by testing the only available recourse would be rejecting the equipment, resulting in controversy and project delays.

There are several reasons for doing this. First, it simplifies comparing results to the specification, providing clear pass/fail criteria. Second, it negates differences in tolerances between suppliers. Third, it puts the risk of deviations on the supplier, who is in the best position to know and understand the potential variations.

Uncertainty is an indication of the confidence level for the test. It is not a tolerance. The code provides procedures for determining test uncertainty, but in practice this is usually waived. The code establishes minimum accuracy levels and calibration requirements for the test stand. These are generally sufficient to ensure the accuracy of results. The specification should explicitly identify whether pre-test or post-test uncertainty calculations are required. If uncertainty is to be calculated the acceptable level of uncertainty and the steps to be taken if it is not achieved should be identified.

The code does not identify a specific reporting format. It does identify the minimum data to include in the report. Many manufacturers have standard reporting formats, and organizations such as CAGI have useful data sheets that can be used to supplement other formats.

Performance curves are often required in reports. They can provide useful information for projecting operating characteristics at different process demands. In some cases the manufacturer’s standard curve format is simple to understand, but in others extracting useful information is problematic.

Nonmandatory Appendix F of the code provides examples of curve formats that have proven useful.

Surge is a pulsating flow at the minimum capacity of a dynamic blower. Rise to surge is an indication of the control stability, particularly for variable speed applications. A higher rise to surge typically accompanies a greater speed range and better stability at reduced airflow. Rise to surge is identified as the difference between discharge pressure at design flow and the maximum pressure achievable at reduced flow without modulating the blower control mechanism.
Rise to surge is sometimes specified as applying under all operating conditions. This is subject to misinterpretation, and instead the minimum rise to surge should be specified as applying under all specified inlet conditions.

Efficiency is not used in the methodology PTC 13 used to establish wire-to-air performance. Efficiency may be a parameter of interest.

Another parameter of interest is specific power, usually expressed as kW/100 cfm. It may be part of the reported data but is not typically an acceptance parameter.

The complexity of blower systems, the increasing use of packaged systems, and greater importance of energy use has generated the need for wire-to-air test codes. ASME’s PTC 13 answers this need, although other organizations have established or are establishing alternate codes. Regardless of which test code is specified, the designer should be aware of the common problems and necessary clarifications.

The designer’s goal in the test specification is to protect the interest of the owner while accommodating reasonable needs of suppliers. The more clearly items of concern are specified the less likely it is that contention will arise during equipment testing and acceptance.

Tom Jenkins has over forty years’ experience in blowers and blower applications. As an inventor and entrepreneur, he has pioneered many innovations in aeration and blower control. He is an Adjunct Professor at the University of Wisconsin, Madison. Tom is the current Chair of the ASME PTC 13 Committee.  For more information, visit www.jentechinc.com.