When Craft Brew Alliance (CBA) set a goal to dramatically reduce water consumption at its Widmer Brothers Brewery in Portland, Oregon, it focused its efforts on its bottling process – and implemented a solution engineered by Atlas Copco that saves 5,000 gallons of water per day. In addition, it saves the craft brewer $39,000 per year, thanks to the elimination of water treatment costs and reduced energy use.

The heart of the solution is comprised of an Atlas Copco GHS350 VSD+ rotary screw vacuum pump and a Foam Dampening Water Trap. The first-known waterless pump in the craft brewing industry, in combination with a redesigned air piping system, is as an example of how ingenuity and the willingness to go the extra mile goes a long way toward helping water-reliant operations achieve higher levels of sustainability. 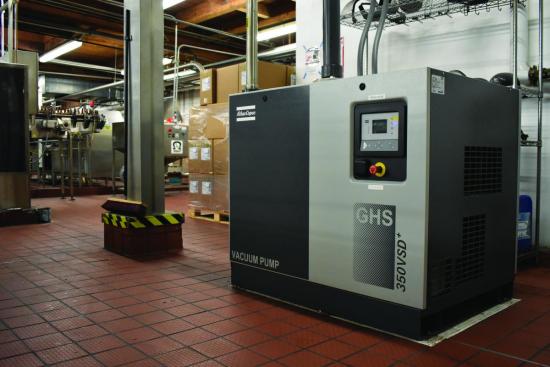 CBA strives to conserve resources wherever possible since sustainability is a top priority. A main resource it wanted to address is water, especially when there is more water involved in bringing a beer to market than what’s in the beer itself.

“As part of our ongoing focus on sustainability, we’ve significantly reduced water usage,” said Julia Person, Craft Brew Alliance Sustainability Manager. “Many people don’t realize how much water is used during the bottling process, and since bottles are essential to getting our product to customers, we decided to focus there. As CBA’s largest production facility, the Widmer Brothers Brewery was the ideal location to set an ambitious goal of making our bottling process water-free.”

Widmer Brothers (https://www.widmerbrothers.com) opened its first brewery in 1984, and in 1990, it built a new 40-barrel (bbl) brewing system. By 1996, it completed the installation of a state-of-the art 250-bbl brew house, increasing its capacity to 220,000 barrels per year. It also installed a bottling line capable of producing 550 bottles per minute. In 2008, it added six new 1,500-bbl fermentation tanks that increased its capacity to 450,000 bbl per year, and added a new keg filling line capable of filling 300 kegs per hour. 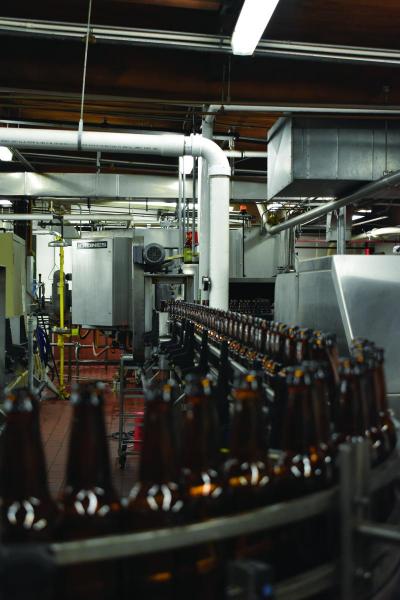 Widmer Brothers’ bottling line produces up to 550 bottles per minute.

An important utility for bottling is vacuum pressure, which evacuates air from inside the bottle to create an airtight seal that retains the beer’s brewery-fresh taste. Widmer Brothers was using a traditional liquid ring pump for the process, which has long been the industry standard because the pump’s performance is not compromised by water.

However, liquid ring vacuum pumps use water as their coolant. As such, a single pump can consume a lot of water — up to 5,000 gallons per day in the Portland brewery’s bottling operation. The reason for large water consumption is because water passes directly through the pump and is then discharged. It’s not an ideal solution for operations looking to reduce water use.

“Water is not only becoming a scarce natural resource, it is also an increasing expense — particularly in the Pacific Northwest,” said Person. “Water is taken from the city water source, and we pay to bring it into our facility. We pay again when it leaves our facility as wastewater. For that reason, whenever we reduce water consumption, we reduce our costs twice.”

Rather than simply minimizing water usage and recycling the water before it is discharged, the team at CBA set a goal to make the bottling process water-free. To help realize its goal, it turned to Atlas Copco.

“When we’re looking for new, innovative solutions, we always start with our trusted vendors,” said Person. “For many years Atlas Copco has serviced our compressed air operation in the Portland facility, so we were excited to partner with them to pioneer the first waterless vacuum pump in the craft beer industry. It’s been great seeing how this innovation will lead to new energy-saving and water-saving technologies we can share with others in the brewing industry.”

The first thing the team needed to do was to understand the application and how vacuum is used in the bottling process. In addition, it knew that in a wet application there would be challenges given the high volume of water and beer foam generated from the bottling process. The goal when introducing rotary screw technology was to eliminate water from the process, but also protect the pump from trace amounts of moisture carryover.

The biggest challenge was to remove all liquids, primarily beer foam and water from the vacuum application. The team initially explored a solution that involved a simple water separator stationed before the vacuum pump to capture liquid carryover. Although the water separator reduced some moisture, the team still saw small trace amounts (primarily beer foam) overwhelming the separator and potentially damaging the pump.

Undeterred by this initial setback, Atlas Copco decided to install a Foam Dampening Water Trap after the bottling fill machine in order to eliminate the risk of moisture and beer foam being sucked into the pump. The trap captures and discards all liquids before it has a chance to enter the vacuum pump, protecting it from moisture.

The technology is based on what can be classified as a Knock-Out Pot, which is normally used to remove bulk liquids and particles from gas streams based on gravitational separation at optimum vapor velocity. But since the traditional device didn’t work, Atlas Copco developed a more sophisticated solution that incorporated multiple components, including:

Given the challenging process, the team didn’t get it right first time. The first Knock Out Pot was undersized, which then drove the realization that the existing piping layout played a significant role in reducing foam and managing airflow. Subsequently, it built a true working partnership and worked in conjunction with the brewery to overcome the challenges.

To address the challenges, the team took a number of corrective actions. It increased the diameter of the trap from 16 to 30 inches to allow for adequate expansion. It also reversed airflow to reduce the air velocity entering the trap. As another step, it increased the diameter of the piping from 2 to 4 inches to allow for additional expansion and reduce rise from the filler outlet to the trap inlet. The revised approach enabled the removal of all fluids on the air return to the pump.

The engineered solution resulted in the first-known waterless vacuum pump in the craft brewery industry. Since the pump uses no water it saves 5,000 gallons of water per day. It also eliminates the cost of water treatment for an annual savings of $35,000. Additionally, the waterless pump keeps foam and water off the production floor, eliminating a potential safety issue.

While reduced water consumption was the main goal, the new pump solution allows CBA to achieve additional cost savings. The use of the 7.5 horsepower (hp) GHS VSD rotary screw vacuum pump with a variable speed drive in place of a 15-horsepower liquid ring vacuum pump saves more than $4,000 per year in energy costs. In addition, the new vacuum system produces much deeper vacuum, so bottles no longer have to be overfilled to compensate for losses. 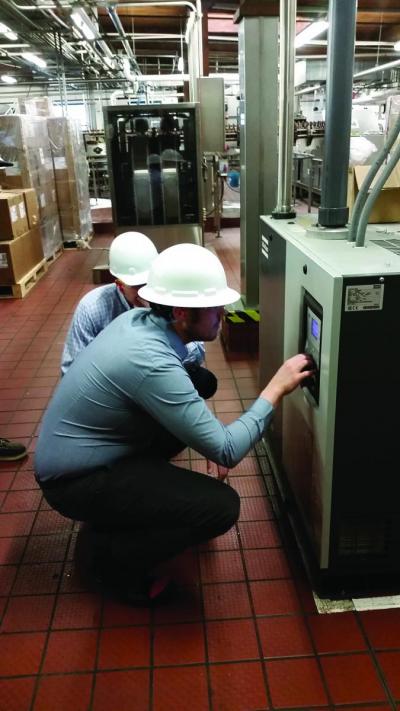 “This project made sense on so many levels,” said Person. “Our new waterless process made possible by our Atlas Copco vacuum pump cuts water consumption and related costs, reduces our energy bill, reduces product waste, cleans up the bottle area, and eliminates a safety concern. We calculated that our investment in new equipment would pay for itself in 14 months and then continue to save us money whenever we bottle beer, which is pretty much whenever this brewery is operational. The project was a journey for all of the parties involved who were committed to finding the best-engineered solution. We did it together.”

Atlas Copco is a world-leading provider of sustainable productivity solutions. The Group serves customers with innovative compressors, vacuum solutions and air treatment systems, construction and mining equipment, power tools and assembly systems. Atlas Copco develops products and services focused on productivity, energy efficiency, safety and ergonomics. The company was founded in 1873, is based in Stockholm, Sweden, and has a global reach spanning more than 180 countries. In 2015, Atlas Copco had revenues of BSEK 102 (BEUR 11) and more than 43,000 employees. 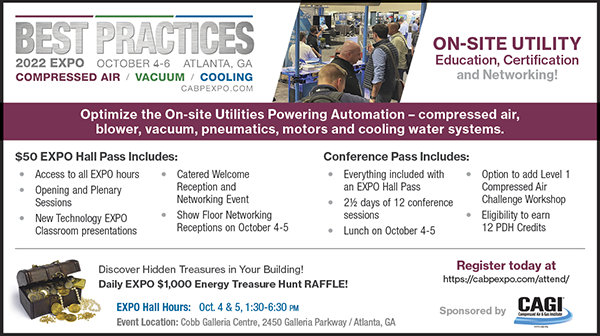